It was three months before anyone found me to tell me he’d died.

I so keenly remember the stunning difference between pregnancy and a full human outside the womb in my arms who needed so much. And going through that over and over, like when Trevor started to walk, oi! Babysitters. School. The changes that brings. And all the hurry and grow-up does produce a sweet dreamy longing for the hard and constant work with infancy to return.

Yes indeed there’s a lot to juggle with a new baby to take care of, all of it unexpected. Small wonder some families have ten and fifteen children just to get to the point where they figure out what to do!  The baby experience does go very quickly as you see with Tzuri. It’s as if each day she’s an entirely different person.

I’d be so proud at his end of the day sleep, the sense of accomplishment of tasks done, washes done, house cleaned, everybody fed, the quiet that settles over, the contented kingdom. Brief and blissful. And not every day.

We weren’t close at all at the end of his short life, you just think you’ve got so much time. He’d been living independently on Long Island for five or six years. I was not big on motherhood and not good at it. I didn’t know his friends. It was three months before anyone found me to tell me he’d died, I didn’t know until March, I’d left Brooklyn and headed to Virginia, there three years already. Funny you said about setting him free and I felt that too though can’t explain why. Why, what is that?

In the back of my mind I’ve wondered too if a girlfriend, pals would find him with 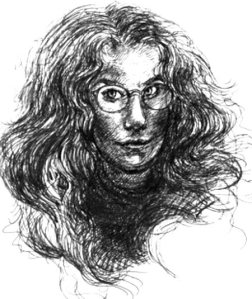 the portrait I’ve posted.  So funny you mentioned that, very intuitive. I’ve googled his name over and over through the years and nothing comes up which always saddened me, almost outraged.

You know, he was so enterprising, pure entrepreneur. He idolized Ted Danson in Cheers. He took a bartender’s course, then started putting up flyers to teach bartending and had students. He had a job on the Staten Island Ferry tending bar! I think that’s incredible, too wonderful. And he was good with computers, he had a really good mind. But computers were so much in their infancy then, the mid- and late-nineties.

When Trevor died it was five in the morning and he’d been at a friend’s house partying and was driving the friend’s car and wanted to get back home to clean up for an interview later that morning for a THIRD job he wanted, and fell asleep at the wheel.  Don’t Let Him Drive! Why didn’t Trevor’s friends do that? Or did they? Maybe he took the car without asking and everyone else was asleep. And believe me my brain is chugging on that one.  I still don’t know, may never know, if he was helped or comforted or alone.

Valentine’s Day is always the 14th of February. (Trevor died on January 27th, and was born February 27th, 23 years apart.  1972. 1996.) What a wicked hard couple of months for me at the new year’s start, though it’s always different each year and sometimes the days come and go without my notice.

I’m doing okay this year, right now, but January was hard.  I wish I understood all the parts of such things, the kind of reaction I have and why.  I get a kind of brain short circuit, when everything goes haywire.

Well, there it is. Back to normal or whatever I am. 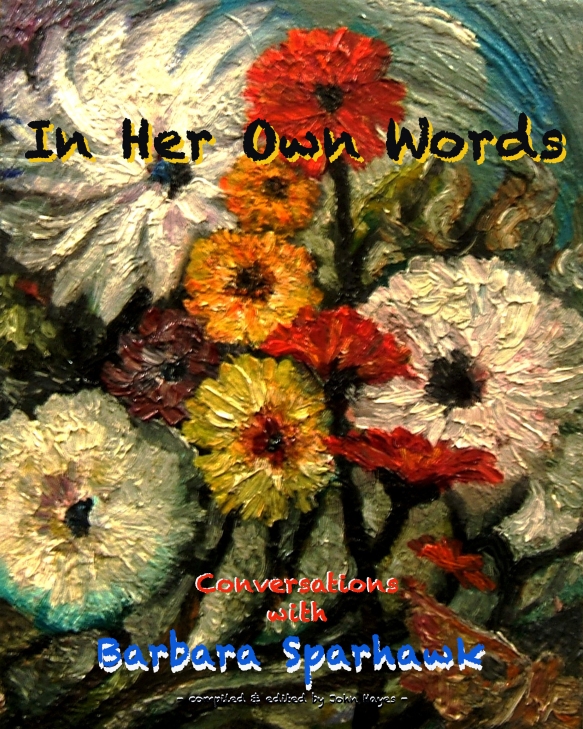 Part 1 of 4 to be posted consecutively

[NOTE: A Google search yields no mention of Trevor Paul Sparhawk, nor can I find any record of his traffic fatality in NYC archives – although I may need to dig a bit deeper. If anyone reading this knew or knows of or has any information about Trevor, his life and/or death, PLEASE email me at oops.john@gmail.com]