THE DEAD WHO HAD IT ALL

of 10 years killed herself today. 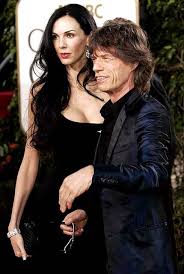 I regret such a limited time on Earth for her, just 49 years.   I never paid much attention to L’Wren except to notice Mick dating a 6’3” brunette fashion designer. I adore his second wife Jerry Hall who’s got a lot of character; various kids….Jade and Georgia who are interesting.

In the reports on L’Wren’s death, she was millions in debt, business failing. She’d spent Christmas on the island of Mustique with Mick and friends. She lived in a NYC apartment worth 5 or 6 million. And most of her friends, like Mick, Ellen Barkin, models, designers…worth hundreds of millions. L’Wren lived large.

and it’s all set up to produce drool and envy.  Meanwhile in the real and actual lives of this big bunch, they are in and out of rehab,   murder their friends, 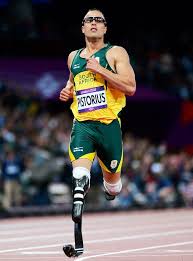 kill themselves with cars or drugs, leap off tall buildings, steal, lie, injure and ignore their children, punch photographers, and (mostly) show limited talent for which they are paid enormous sums so they can do all of the above and live the hallucinating lives of potentates. They don’t appear to actually do much, and they sure don’t seem to feel much either.

The public, us peons, imitate hairstyles and save up to buy their overpriced endorsements.

More than one magazine article tells us how to be just like so and so, with Botox, bikini waxes and wigs. They’re all so scuzzy!  I wouldn’t want half inside my home. There aren’t more than one handful of actors today I’d pay to see, or musicians to perform, or whose antics are worth following.

It’s not a very good crop. And show business must be a hell of pain and torture. Shakespeare wrote it out for mankind’s instruction, but lived as long as he could…..

“…Out, out, brief candle!
Life’s but a walking shadow, a poor player,
That struts and frets his hour upon the stage,
And then is heard no more. It is a tale
Told by an idiot, full of sound and fury.

Years ago when movie star magazines did unobtrusive 3 or 4 photos withstories on the stars, I read a wonderful article about Burt Lancaster

with a picture of him stretched out on a simple couch in a very simple home, studying a (likely powerful) script.   None of them were highly paid, very few millionaires. The houses of the stars of the ’50’s and 60’s still look modest, if they haven’t been  torn down. I never minded that Brando bought a Tahitian island because he was most often

a life-altering experience to watch on stage or film. And the actors were admired and loved for what they could express, tell the theatre audiences through their skill, move us. Yes, just that. The main job of stars was to inspire the public, teach about human nature, take us to untried territory, explain this life we’re all in.

Now, the more expensive the life style, the cheaper the behavior. Go figure. Women in show biz haven’t moved an inch toward better roles, depicting whole or interesting people. Indeed they’re all busy out doing prostitutes, and I feel bad for the prostitutes.

Where do they go from here? I expect the next trend to be selfies of vaginas.

Not DiCaprio. Lives signifying nothing.

When there’s enough license to mostly skirt the law, buy small countries, hire a personal army, make up rules, live as large as emperors and gangsters…and still want to die, maybe that ‘everything’ needs some scrutiny:

We’re left to ask what it is that really counts in our own lives, not someone else’s idea of a good time.

There’s a sizeable difference between what we’re told is pleasure and what pleasure actually feels like to sentient human life. The ones who DO have what we get drummed at us is happiness don’t appear to have much after all. Unless the goal is ending up dead. With a beautiful corpse. How good did L’Wren look when she hanged herself, when she really had it all and lost it all and was too embarrassed to ask for help and expose the trouble she was in, for all to see that she didn’t have it all anymore.

Who else in the public eye hates their questionably fabulous life?  Who’s next?  Well, let’s take the measure of ourselves and what we’re up to anyway, and not imitate the insanity.

Gorgeous dawn this morning, one of a week full. Black clouds nested low but high enough for pink slanting across the underbelly to produce more than one wow.  And ~ briefly ~ the distinct form of an eagle with pink tailfeathers. Thanks, mother nature.

We’re told an Atmospheric River is about to empty over our coast here starting about now, north getting the greatest impact. Sets me to thinking about weather. Here’s a rainy day story for you.

Just let me say that I’ve seen some weather in my life. The most intense and varied and long running was, so far, in the Blue Ridge Mountains of Virginia. It beat out Yosemite’s High Sierras at 5,000 feet, Vermont’s Green Mountains, Mississippi’s hurricanes, and California’s floods.

I moved from downtown Brooklyn to a teeny town called Bluemont, on a rise of about 200 feet. Not much elevation above the DC swamps, but there’s some configuring the Blue Ridge has done to produce unbelievably intense storms of enormous drama. The hills are abrupt and ferocious rivers (Potomac, Shennandoah) and multitudinous tributaries run at their bases providing constant moisture and interesting wind.

I should add that this town of Bluemont was at the base of a 1750 foot rise named Mt. Weather. A slippery, narrow black ribbonned road led up to the pinpoint of the first  U.S. weather balloon launch. If Ben Franklin had asked George Washington where to find electrified air, George (who as a youthful surveyer lived, I swear, in THAT shed right there, on every single farmer’s south forty) would have sent him south of Phili. In (numerous) winter ice storms the air would blacken right down to your feet, not just bouncing above your head somewhere. The place drew thunder and lightning to the highly forested hilltop. Unbelievable sound and light show. Gene Kruppa, Gabriel, and Michael Jackson all en flagranted on the same stage.

Trees would drop and shatter the air. Phone, electric, and wells would stop and you’d for sure have remembered to top off the cords of firewood with sturdy plastic. That was Bluemont. Two years later I rented a c.1830 log cabin on a 60 acre farm in the middle of nowhere about a mile from Harper’s Ferry. Now THAT place had what you call weather. If you survived til dawn you got an eyeful.